"Milan-Cortina: what they share?" at the Cappellini Point in Milan

The assignment to Italy of the XXV Olympic and Paralympic Winter Games 2026 opens up a series of opportunities for renewal and development, both for the construction and redevelopment of structures and infrastructures, and for the increase in the tourist and accommodation offer in our country. .

After Cortina d'Ampezzo in 1956, Rome in 1960 and Turin in 2006, the Olympics return to our country with the winning axis Milan-Cortina. An international event that represents a great challenge for the relaunch of the Italian destination and for the hospitality sector, which will have to rapidly evolve and become more attractive and usable for the vast audience of enthusiasts and sportsmen who will come from all over the world. .

But what are the new ways of designing and thinking about hotel spaces in anticipation of the 2026 Olympics? And what important investments will the event activate in the coming years? To answer these questions Contract Network - publisher of the design and hospitality magazines Guest and The Book - takes the field by promoting a series of hybrid meetings (in presence and digital) between designers, trend setters and developers entitled "Winter Games. Hospitality & Development ", under the direction of Marisa Corso, head of the events division of the publishing house and CEO of MC International, in partnership with the international association NEWH - The Hospitality Industry Network and with the patronage of the Municipality of Milan and of the Municipality of Cortina d'Ampezzo.

After the official presentation of the talks in digital form on 18 March, the first event that also inaugurated the cycle of meetings was held on Thursday 16 September at 18.30 at the Cappellini Point showroom in Milan, in Bastioni di Porta Volta 9 (also broadcast in live streaming), with the partnership of BT Group and Resstende, leading companies in the production and sale of roller systems for solar shading, awnings, pergolas and bioclimatic systems.

The protagonists of the first talk were the architecture studios Marco Piva and GrisDainese who discussed the theme "MILAN-CORTINA WHAT THEY SHARE?” presenting their recent hospitality projects. For the institutional part, Benedetto Gaffarini, Town Planning and Construction Councilor of the Municipality of Cortina d'Ampezzo, and Roberta Guaineri, Tourism, Sport and Quality of Life Councilor of the Municipality of Milan, spoke about the projects and initiatives that the two municipalities have launched in view of the 2026 Olympics. Special guest of the evening Ambra Piccin, architect from Ampezzo who gave her testimony on how Cortina is preparing for the challenge of the Winter Olympic Games in the hospitality sector. Event moderator Francesco Scullica, full professor at the Design Department of the Milan Polytechnic. 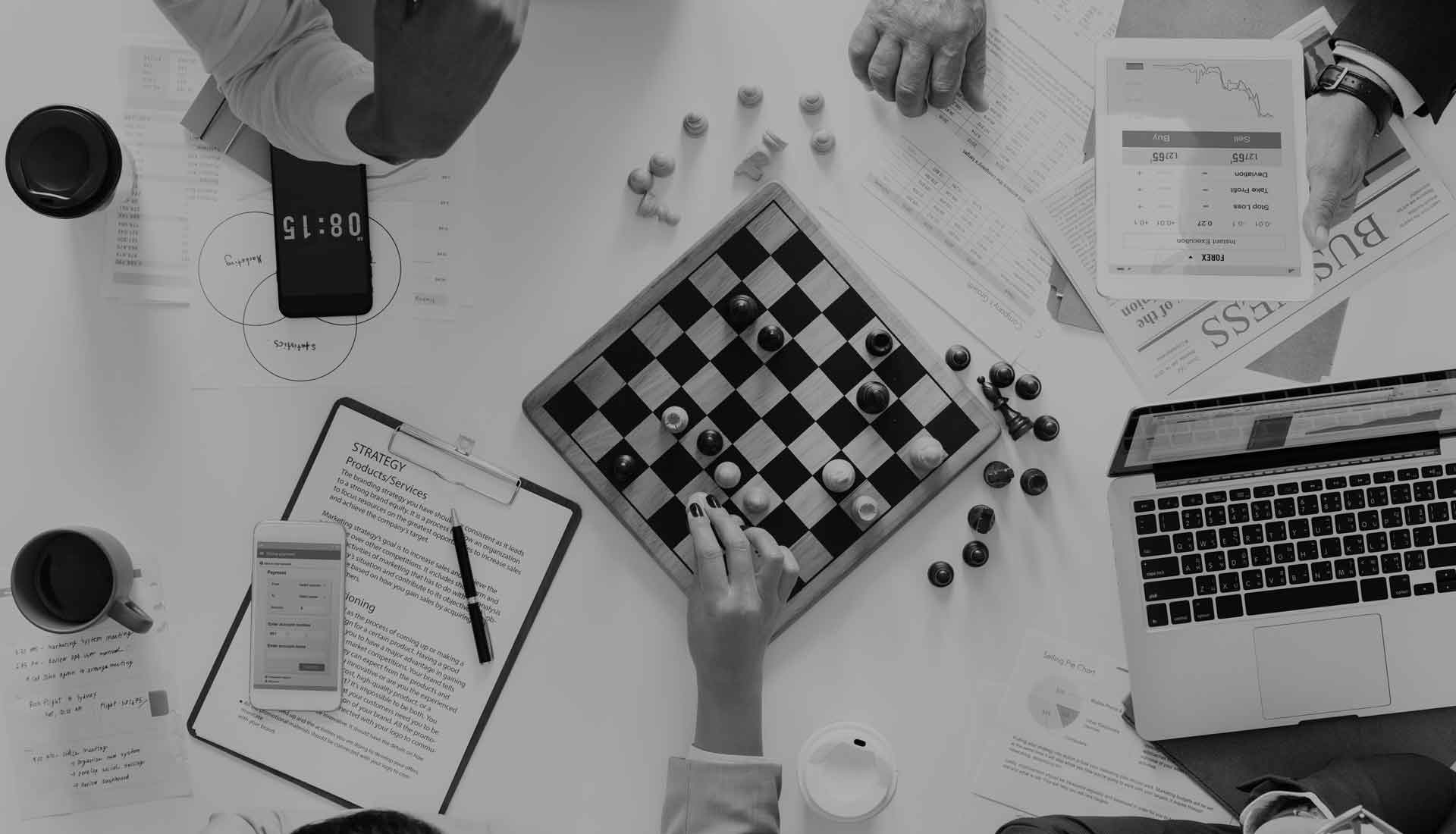 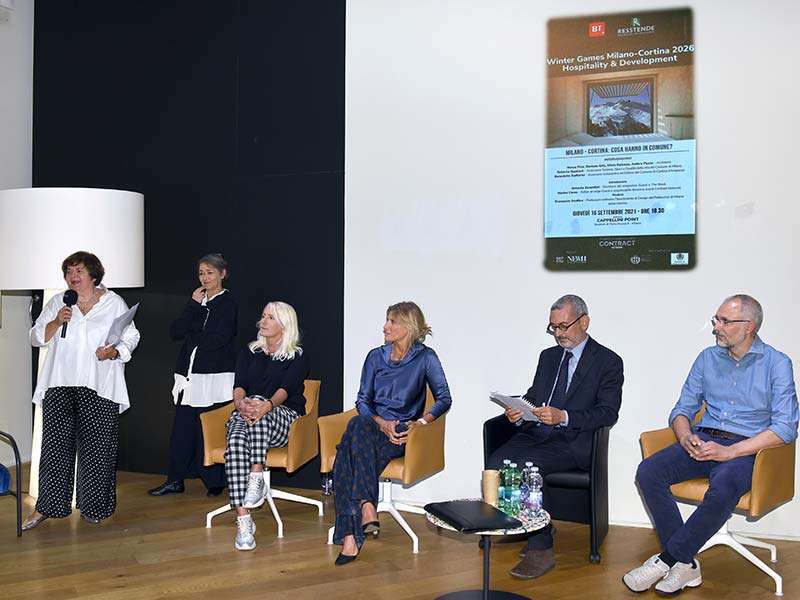 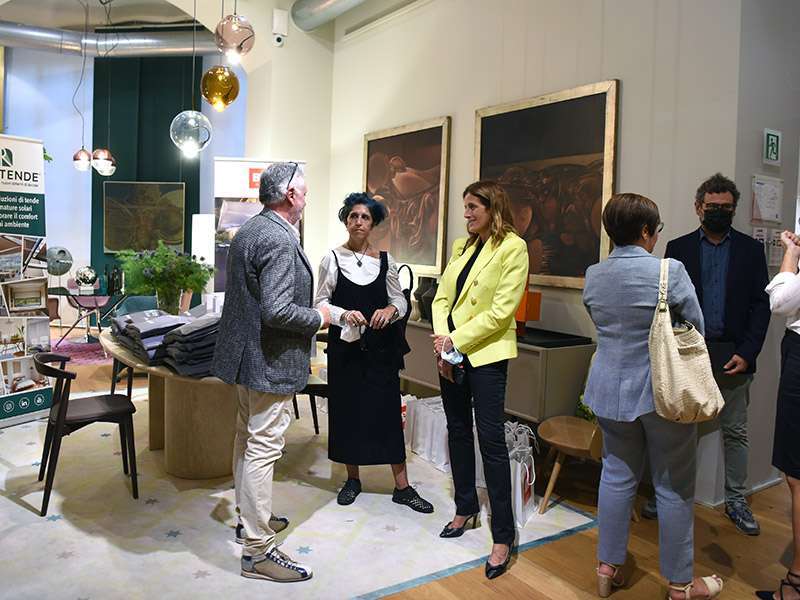 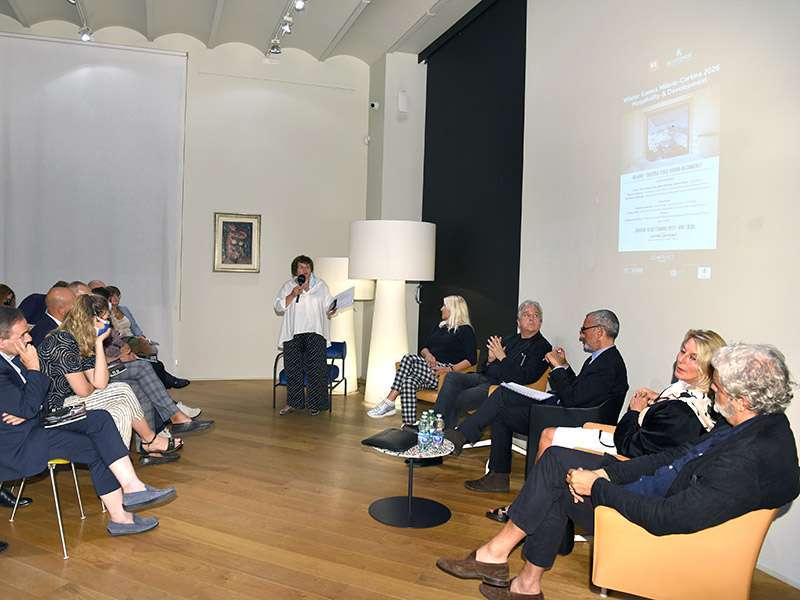 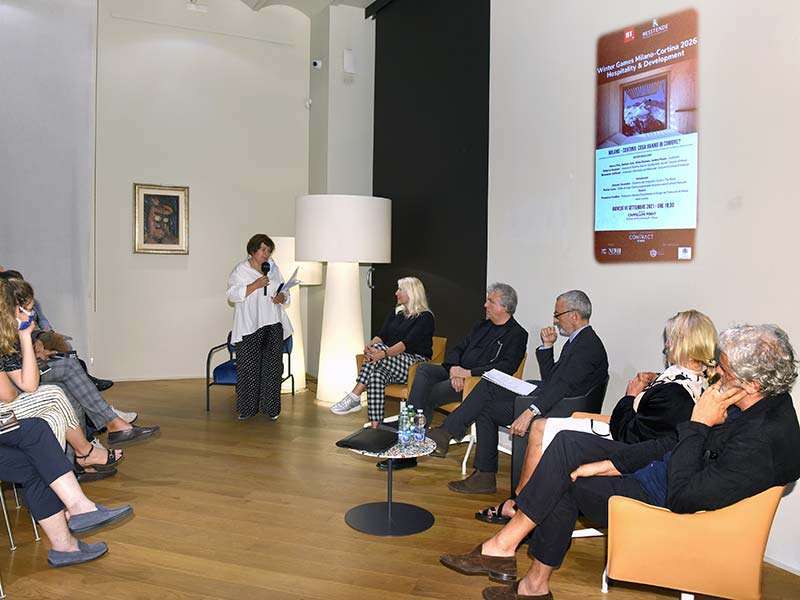 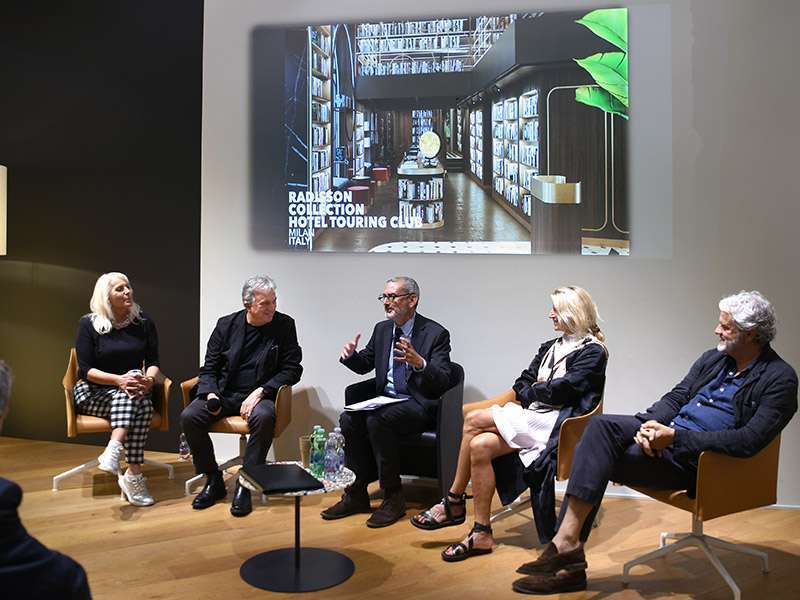 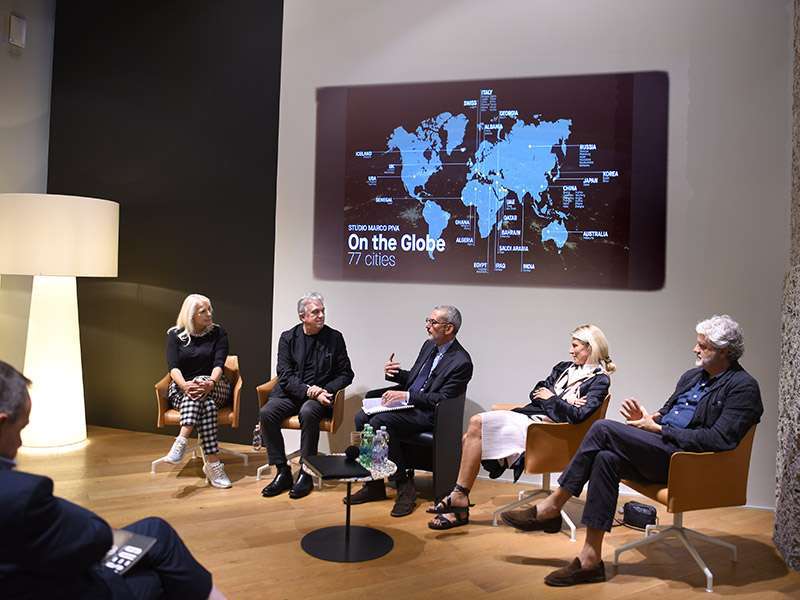 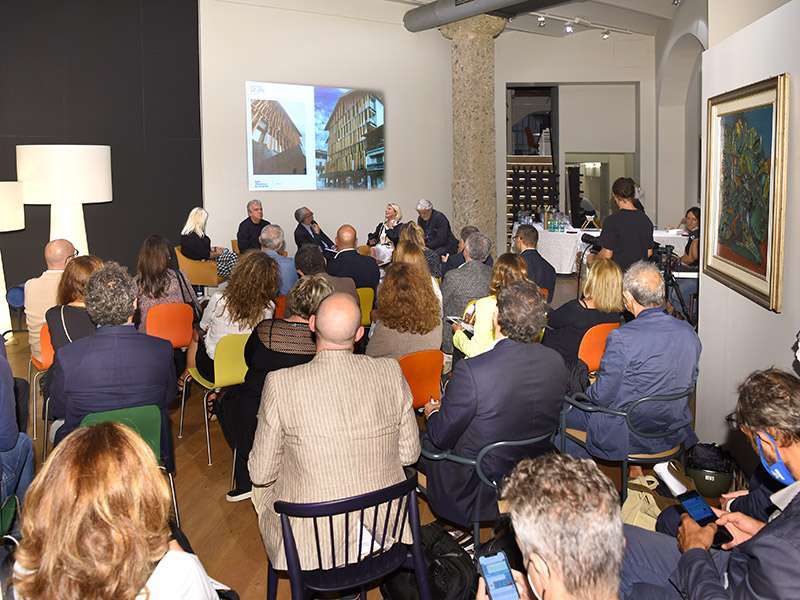 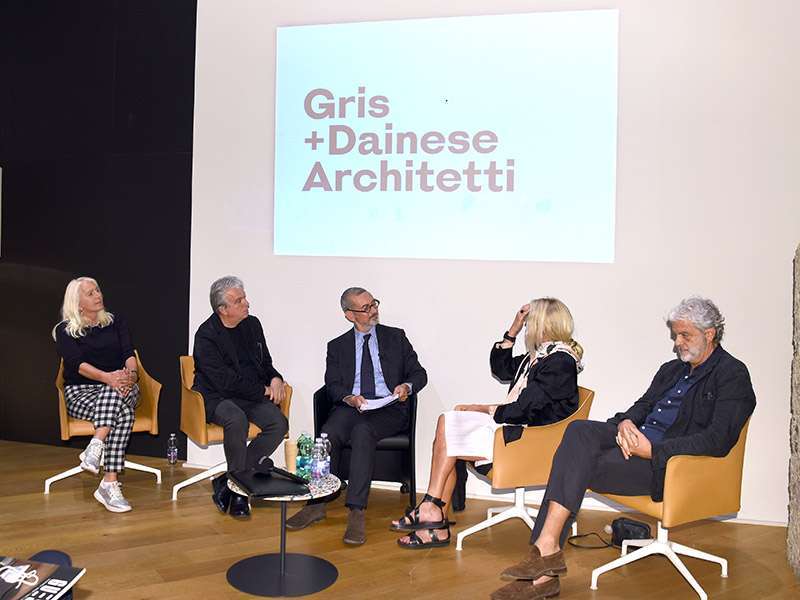 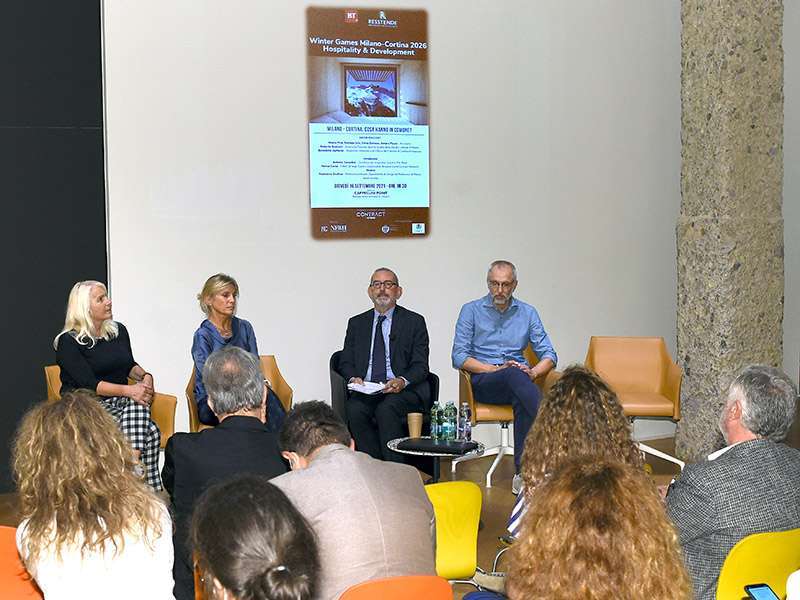